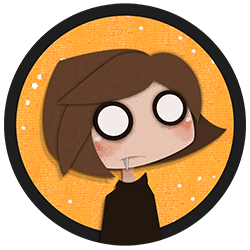 I wanted to provide an explanation for my upcoming and final Harry Potter collaborations. Firstly, I want it to be clear that I whole heartedly disavow J.K. Rowling’s sentiments on women’s rights and the transgender community. I think there is a very clear divide with where people stand with her views and I’m most decidedly […]

Favorite book of all time?

HP5: Order of the Phoenix. I read at age 15 and at first hated emo Harry. But later related to his slice-of-life hardships, and now it’s my favorite to start a HP binge on. Plus, Prof. Umbridge is deliciously evil.

Twist/surprise exposition. When characters are monologuing plans to audiences in books/movies, they usually go wrong. When they plan off-screen, they usually go right and are revealed later as a twist. Even better when the former is paired with the latter as a red herring. Ocean’s 11, for example.

What’s a book genre you enjoyed despite initially thinking you’d hate it?

Mystery / Thriller. Surprisingly, Harry Potter introduced me to this genre, because they’re, at their core, mystery books with a magic twist!

Hmmm, this is hard to explain because while I’m a fan, I don’t really participate in fandoms – but I like to lurk and watch the revelry from the sidelines. I would say I enjoy unfinished book series fandoms the most because I like reading the speculations in real time.

I’m pretty neutral on a lot of things, but I think most people prefer to read books than listen to audiobooks. I like to keep my eyes and hands busy with other projects and my ears busy with books. It’s a symbiotic relationship.